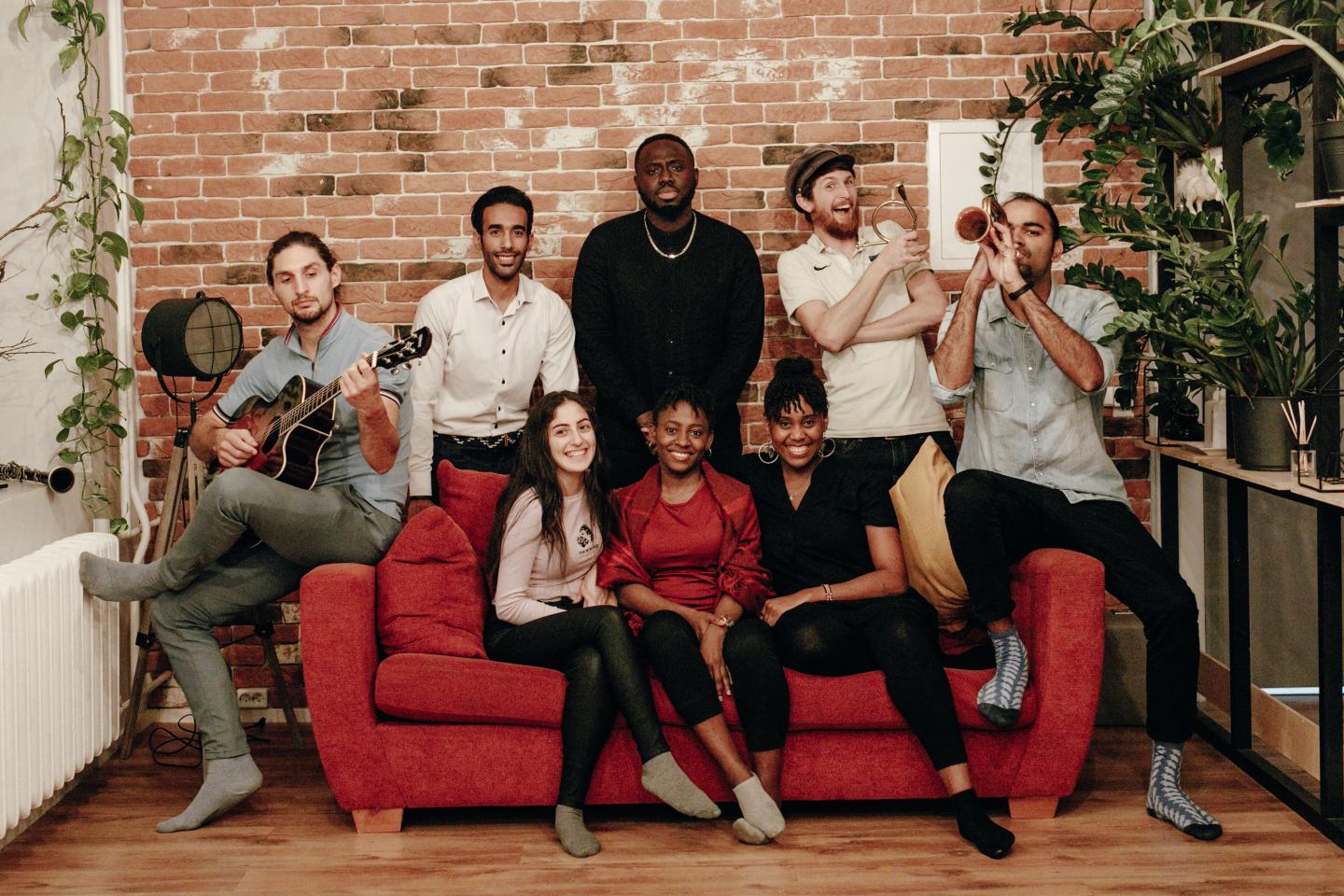 The album “Kuula mu loo kõla!” (Listen to the Sound of My Story!) by the Estonian Refugee Council and Estonian musicians opens a window to the world of eight young foreigners who have started a new life in Estonia. The record draws attention to the joys and challenges faced by people with refugee and migration backgrounds in a new environment.

“Music is an international language - it knows neither borders nor skin colour. By making a music album, we brought together young people of different nationalities who are united by one thing - they have come to live in Estonia,” explains Silvia Teras, Project Manager at the Estonian Refugee Council. She adds that musical co-creation throughout the recording period also helped young people adapt better, get to know Estonians and introduce their culture.

In the autumn, young people from Nigeria, Egypt, Kenya, China, Pakistan, America and Brazil participated in verbal and musical expression workshops under the guidance of the Estonian Refugee Council and Estonian musicians and lyricists and went through the whole process of creating a song. Now these songs have been recorded.

Anete Toming, Daniel Viinalass, Sander Mölder, Piret Jaaks and many talented Estonian musicians contributed to the success of the project. The mentor and producer was musician Tõnu Timm, who said that co-creation was a challenge in many ways. “I wondered if I could arrange, play different instruments, find different musicians, communicate with all the lovely people who have moved to Estonia from different cultures. So that in every song, the personality of the author and performer of the song, and not myself, would carry. Hopefully it worked,” said Timm.

In addition to the songs, the album also includes short stories about the participants. “For example, Charlie from Alaska says he found his way to Estonia to become a measuring engineer for non-linear optical spectroscopy. Behind a man with a complex title, however, lies a simple and sincere soul, who said that, in his opinion, when moving to a new country, he felt as if he went back to childhood: even the simplest things must be learned from scratch in some sense. In Estonia, Charlie enjoys the sauna culture in addition to work and music,” says Teras.

The album “Kuula mu loo kõla!” (Listen to the Sound of My Story!) was prepared within the scope of the project “Jagatud teekonnad” (Shared Journeys), co-financed by the development and humanitarian aid funds of MTÜ Mondo, the European Commission, the National Foundation of Civil Society, the Estonian Ministry of Culture and the Estonian Ministry of Foreign Affairs.