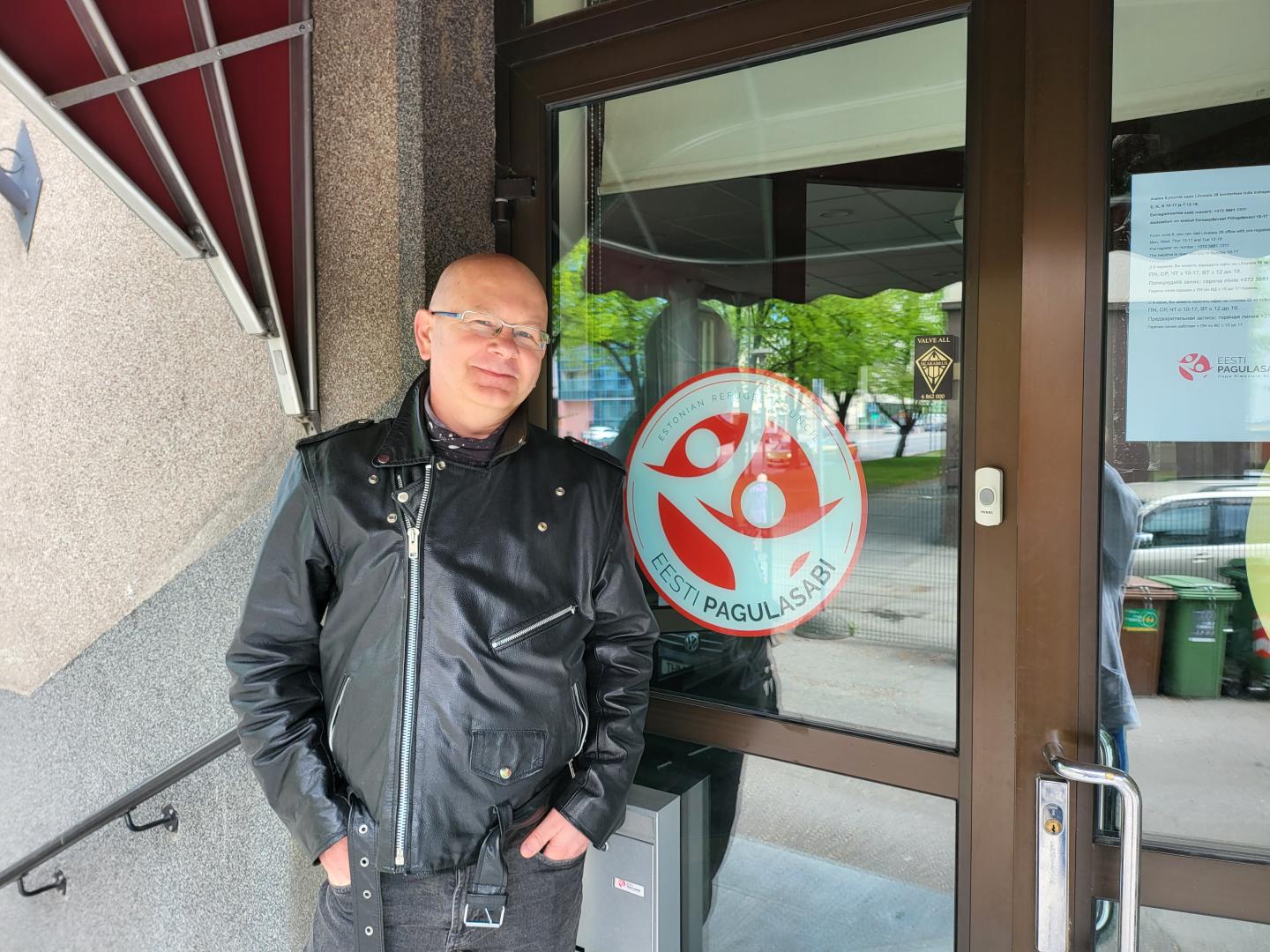 Originally from Tartu but living in Tallinn for the last 20 years, Meelis joined our consulting team on the advice of a colleague from the National Library in March. This man consults on the phone and in the office without letting his slightly "rusty" Russian language hold him back because often people just need to let everything out: “Often the conversation starts in an annoyed manner, but after 10 minutes of conversation, the other person calms down and thanks for taking the time to listen to his problem."

Other than that, Meelis who makes money with the help of books and the digital world loves to communicate with new people. In his spare time, he enjoys visiting exotic places such as Vietnam, Thailand, Peru, and Iceland, as well as watching Asian films. He has two adult daughters, and when there is a minute after all this, he carves furniture from wood.

Working on the advisory team of the Estonian Refugee Council is Meelis' first volunteering experience. He encourages everyone to try it, as it provides an invaluable intangible experience: "As a volunteer, you get to know yourself and other people better, as well as become more empathic in your personal and professional life." The ability to do something real for yourself keeps you calm and balanced during turbulent times, Meelis adds.