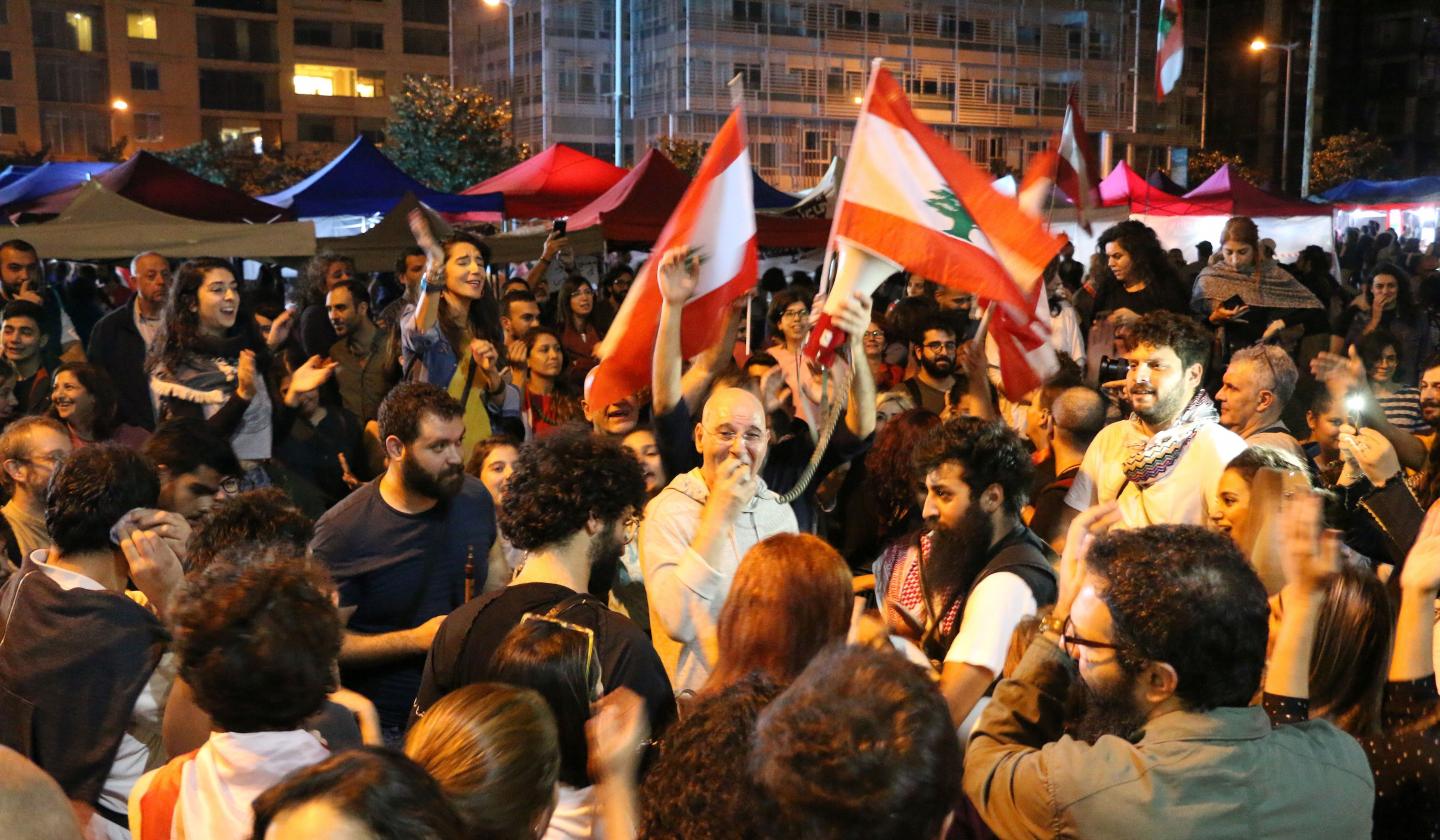 The Babylonian confusion over the coronavirus vaccination has long defined the Middle East, where many fragile states struggle, writes Hille Hanso, Estonian Refugee Council’s humanitarian aid coordinator. COVID-19 has restrained the implementation of the Estonian Refugee Council's humanitarian aid programs in Lebanon and Jordan for almost a year. While even the economically stable European countries struggle with vaccinations, immunization in the middle- and lower-income countries in the region is further restricted by several factors alien to Western states.

In the Middle East, the administrative capacity of individual countries varies drastically. Prosperous Gulf countries such as Bahrain, the UAE, Saudi Arabia and Kuwait, and transcontinental Turkey have already started with vaccinations. The number of first injections in Turkey, for example, has exceeded 5 million. Even middle- and low-income Jordan and Egypt have started with the vaccinations. However, their neighbors are countries at the top of the fragile states index. The index ranks countries that lack the capacity to cope in managing, eliminating or mitigating risks. Thus, the twenty most fragile countries in the world include six countries in the Middle East and North Africa (Yemen, South Sudan, Syria, Sudan, Iraq and Libya) and Afghanistan[i], where access to medical and social care is minimal.

None of the countries in the region can compete with Israel, which has already vaccinated most of the population but has not shown the same diligence in the occupied territories. In addition to the allegedly several domestic vaccines developed in Iran, in January 2021, the country also approved the Russian Sputnik V[ii] , which is already underway. Tunisia, Morocco and Lebanon started importing vaccines in tens of thousands of doses only at the end of January. However, it is most likely that the government will try to use vaccination for political purposes in Syria. Such a diversified situation and the ability or willingness to procure and distribute vaccines leave the struggle with COVID-19 to linger in a region where no country can manage without others and it is virtually impossible to stop lively cross-border communication. I will now present the factors behind the uneven ability and an assumption when a critical part of the population, namely 70%, would be vaccinated.

In general, public healthcare systems' low efficiency is noticeable throughout lower-income and fragile MENA countries (the Middle East and North Africa). In many countries, the national healthcare system is limited, with the market dictated by private medical institutions and private health insurance. This makes high-quality healthcare available only to the more privileged groups in society. In a country struggling with the coronavirus, the business interests turn the relationship between hospitals and the state into transaction-based business deals. On such occasions, the public health crisis proves to be another object of negotiations. In addition to this, this type of trading often takes place without public scrutiny and the outcomes lack transparency.

Regardless, public health in the region's countries is not commendable: despite the progress made over the last few decades, child mortality rates are relatively high compared to countries with higher incomes[iii]. The population (especially children) is further affected by other diseases, such as polio in Syria and cholera in Yemen, an outbreak directly linked to the ongoing civil war. Various lifestyle-related disorders (e.g. high blood pressure, cardiovascular diseases, obesity[iv]) are not uncommon throughout the region. Injuries are often an inevitable part of armed conflicts, which are continuous, for example, in Libya, Syria and Iraq. Malnutrition is common in war-torn and war-affected countries such as Lebanon, Jordan, Sudan, etc. Many people are also suffering from post-traumatic stress. These all weaken the human immune system, i.e. they are more susceptible to diseases. It is difficult to assess how illiteracy or lack of awareness of how to access vaccines affect vaccination acceptance. There is also a wealth of misinformation against Western vaccines in the Middle East countries, including Turkey. The fears regarding Western vaccines may be due to media campaigns launched by Russia and China, competing in the region to sell or donate their vaccines to benefit from the political and economic gain. Ludicrous horror stories spread in Turkey about how Western vaccines insert a chip into nationalist Turks so that their national project can be easily subjugated and controlled.

While people are already susceptible to viral infection for several reasons, vaccine distribution is hampered by a lack of infrastructure. Many vaccines require special refrigeration systems, particular logistics, so-called cold chains, and precise storage conditions. However, warfare has destroyed infrastructures, such as roads and electricity; in some regions, motor fuel is challenging to obtain. Hospitals are in ruins. Thus, the distribution of vaccines is hindered by objective conditions and states' inability to take liability for its high standard roll-out.

Lebanon is a clear example of how many factors are complicating the fight against the public health crisis. The country is suffering from an ongoing political and financial crisis. In the summer of 2020, a terrible explosion of ammonium nitrate erupted in Beirut's port, causing significant damage to the entire city, including many hospitals. At the time of writing, the country has imported only a few tens of thousands of vaccine doses. In the healthcare sector, the private sector predominates and about 80% of hospital beds are in profit-oriented private hospitals. This encourages trade in vaccines and corruption in general. The urban suburbs and the Beqaa Valley are home to many refugees from Syria and other countries who have significant difficulties accessing healthcare due to a lack of health insurance and low awareness of vaccination options. The Lebanese population is rapidly falling into poverty. Protests over government weakness and restrictions are common in Tripoli and Beirut. Many people are in such difficult positions that self-isolation is not an option. If the choice is between starvation at home and defying COVID, taking the risk and going out is preferable and makes more sense. Lebanese medical workers are skeptical of the government's ability to conduct a large-scale vaccination campaign[v]. On top of everything, the government is already being accused of using around 12,000 doses in a non-transparent manner.

Only time can tell who and how will vaccinate stateless people and refugees in the region when even citizens do not trust their own government's ability to vaccinate them. There are at least hopeful messages from Jordan's largest refugee camp, Zaatar. Vaccination of at-risk groups has begun, although it is puzzling that only 2,000 people have registered in an almost Tartu-sized town in the desert [vi]. Several countries are trying to vaccinate the population in cooperation with the private sector. Will the most vulnerable, such as the six million internally displaced people in Syria, be aided by the humanitarian organizations and civil society in partnership with the private sector? Time will tell because the Syrian regime has been extremely unwilling to help these people in any way and without a political solution, the situation will not change significantly. Hopefully, World Health Organisation's COVAX program will begin in April as planned, yet it is intended to reach only 20% of the population.[vii] COVID-19 is rapidly increasing inequalities in the societies of the region.

On the other hand, vaccine nationalism and vaccine diplomacy make infectious disease a political tool. It seems obvious to us that life-saving medicines must be available to everyone. Thus, the availability of malaria drugs or vaccines against measles, mumps, rubella and hepatitis is generally not called into question. With COVID, the story is different. Who from the more prosperous countries comes to the rescue and to whom? Russia has promised to donate its vaccine to Lebanon; a sanctioned Iran buys Western vaccines through other countries, the United Arab Emirates is helping with Chinese vaccines countries like Egypt, Iran, Iraq, and so on. Negotiating over vaccines and using them as an influencing factor will deepen the dependence of more vulnerable countries on stronger ones. Countries like Russia and China seize the opportunity to increase their prestige in the region. Could the return of the USA to WHO change that?

How does COVID affect how the European states providing foreign aid, in this case through the experience of the Estonian Refugee Council working in Lebanon and Jordan? In both countries, people's livelihoods have deteriorated drastically, and access to those in need has been hindered by general restrictions, restriction of movement and travel bans, delays in governmental work, and many other reasons. For example, in Lebanon, financial aid distribution through aid programs has been complex since December 2020 because withdrawals from ATMs are limited due to the financial crisis and closed banks. The state did not consider many income-generating programs to be "life-saving activities" and restricted aid organizations' access to those in need living in camps. Limited movement means that the social entrepreneurship activities planned by the Estonian Refugee Council have been severely restricted and the most creative ways have had to be found to support the most vulnerable.

In a situation where, for several reasons, even wealthier countries will not be able to vaccinate their populations at a sufficient rate, the Middle East will not reach the majority of the people before the second half of 2022, and in some countries, even before the first half of 2023. Unfortunately, the continuation of the public health crisis hinders any humanitarian aid activities, making it more difficult for these countries to recover their economies. This also means that the general atmosphere remains unhealthy.

Cover photo: The Lebanese have protested against corruption and mismanagement of economy since 2019. Covid-19 has severely worsened the situation. Author: Hille Hanso