Since 1997, when the Refugee Act was adopted in Estonia and Estonia acceded to the 1951 UN Convention relating to the Status of Refugees, a total of about 1,100 asylum applications have been submitted to Estonia (see statistics on the website of the Police and Border Guard Board). The largest numbers of asylum seekers have come from Ukraine, Syria, Russia, Georgia and Afghanistan.

At the time of applying for asylum, people are placed in the accommodation center for asylum seekers in Vao or Vägeva, which are located in Lääne-Virumaa and Jõgeva County, respectively.

However, in Estonia a relatively small number of asylum seekers actually receive asylum. In the period 1997–2019, Estonia granted international protection to 531 people (refugee status to 280 people and subsidiary protection to 251 people). The largest number of beneficiaries during these 20 years have come from Syria (192 people), Ukraine (93), Iraq (41) and Russia (40).

Upon recognition of refugee status, a person is granted a residence permit for three years; in the case of subsidiary protection, a one-year residence permit is issued. The residence permit can be extended for 3 or 2 years, respectively, if the situation in the home country has not improved. 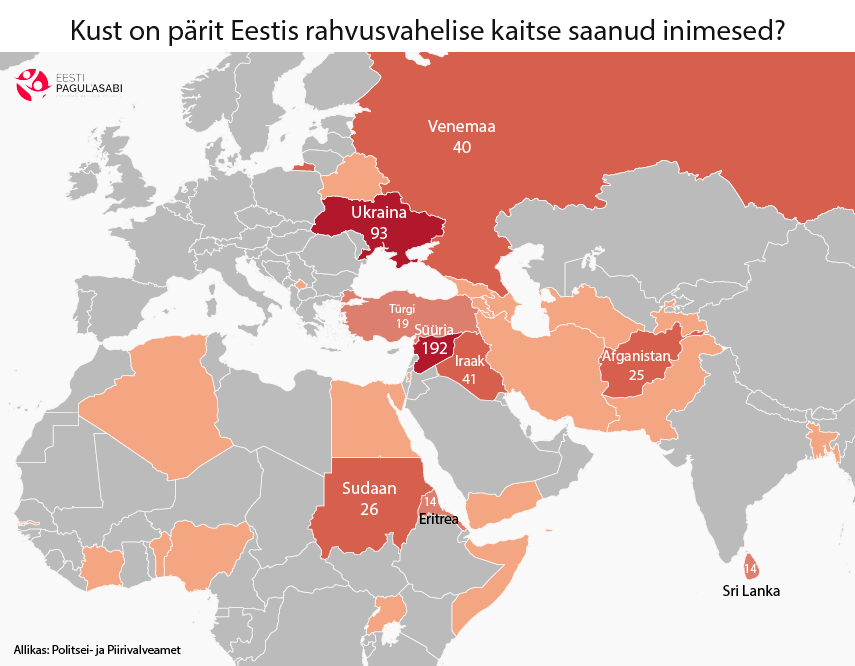