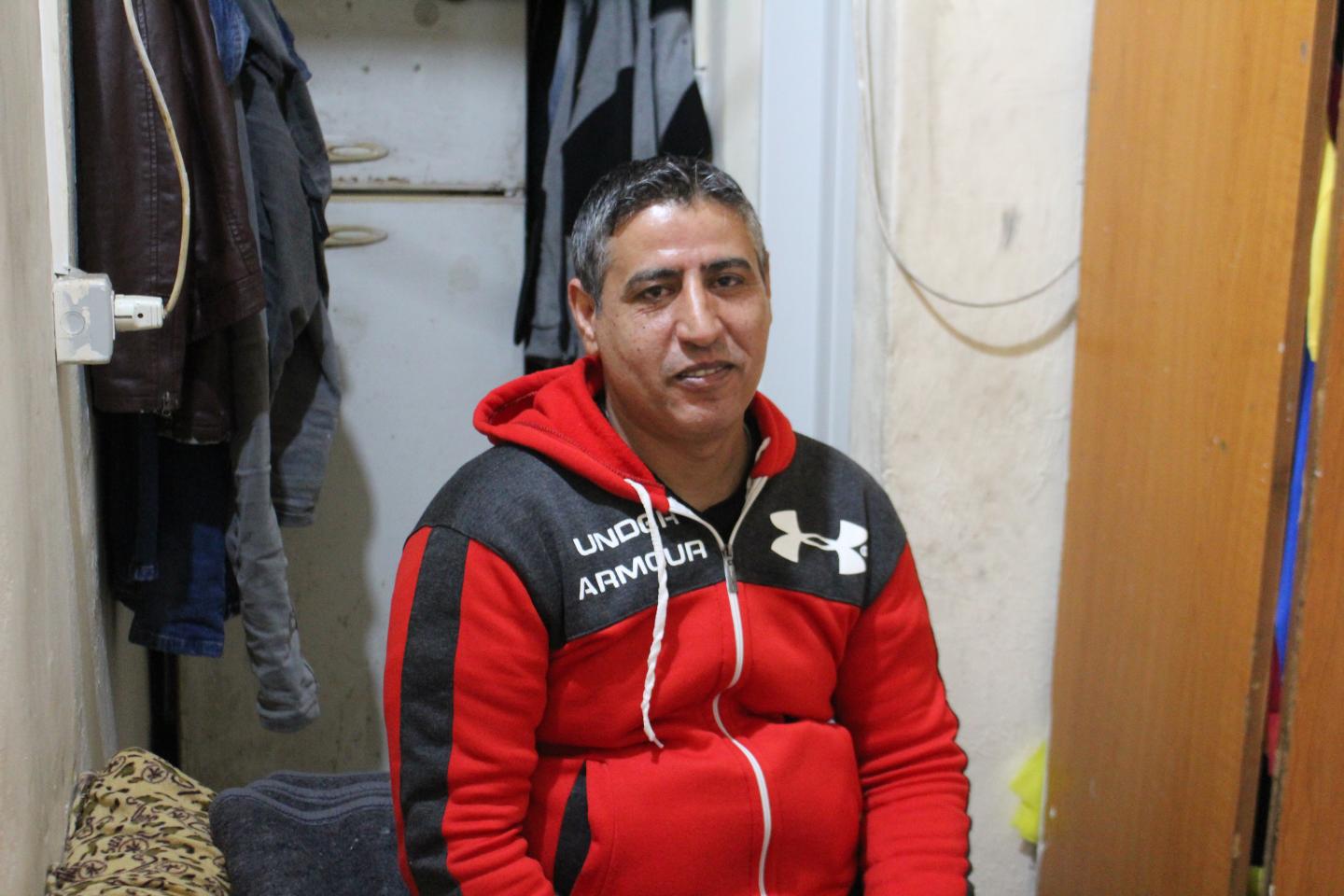 The Estonian people supported the victims of the Beirut explosion: Ali, who had a difficult fate, gained more confidence for himself and his children

Fourth of August 2020. The explosion in the Lebanese capital, Beirut, destroyed a third of the entire city. Immediately after that, Estonian Refugee Council collected 10,155 euros in donations from Estonians. The donations were forwarded to the local partner organization Sawa for Development & Aid, which did the rescue work immediately after the explosion. Here is one of the beneficiary stories.

As with many other Syrians, it was difficult for 31-year-old Ali Al Omar to witness the Syrian war started in 2011. “At first I was in a shock and denial phase, I couldn't watch the news and I avoided any conversations about the war. Until the day the projectile exploded and my best friend died in front of me. Then I realized that there was no escape from the reality and I would have to leave my homeland, because otherwise I would have had two options: to take up arms myself - which is against my principles - or to die in a whirlwind of war.

Ali Al Omar said goodbye to his family and friends in his hometown of Al Hasakah and went to Lebanon in 2013. His family moved to Damascus.

In August last year, Ali was currently working as a courier in Achrafieh in Mar Mikhael when an explosion took place in the port. “I ran to the restaurant where I used to work, and the next thing I remember was the glass breaking into millions of pieces, people screaming and bleeding. I was taken to hospital with a severe head injury.”

As Ali's home was destroyed, he moved to a four-square-meter room a month later. In addition to trying to support his family in Damascus with his small salary, Ali found himself caring for his two nephews, who had also fled to Lebanon, on his tiny surface.

The most important thing for the man was to quickly find a new job to pay rent and buy food for his nephews. Given the difficult economic conditions in Lebanon, it was hard, but now Ali has managed to find a job in a grocery store close to home.

Estonian Refugee Council, in cooperation with a partner organization, provided financial support to the man and his household. “Thanks to your generous gesture, in addition to paying off some debts, I was also able to pay rent and buy food. There is an old Arabic proverb that says: If there were no more good people, the world would be over,” Ali Al Omar said.