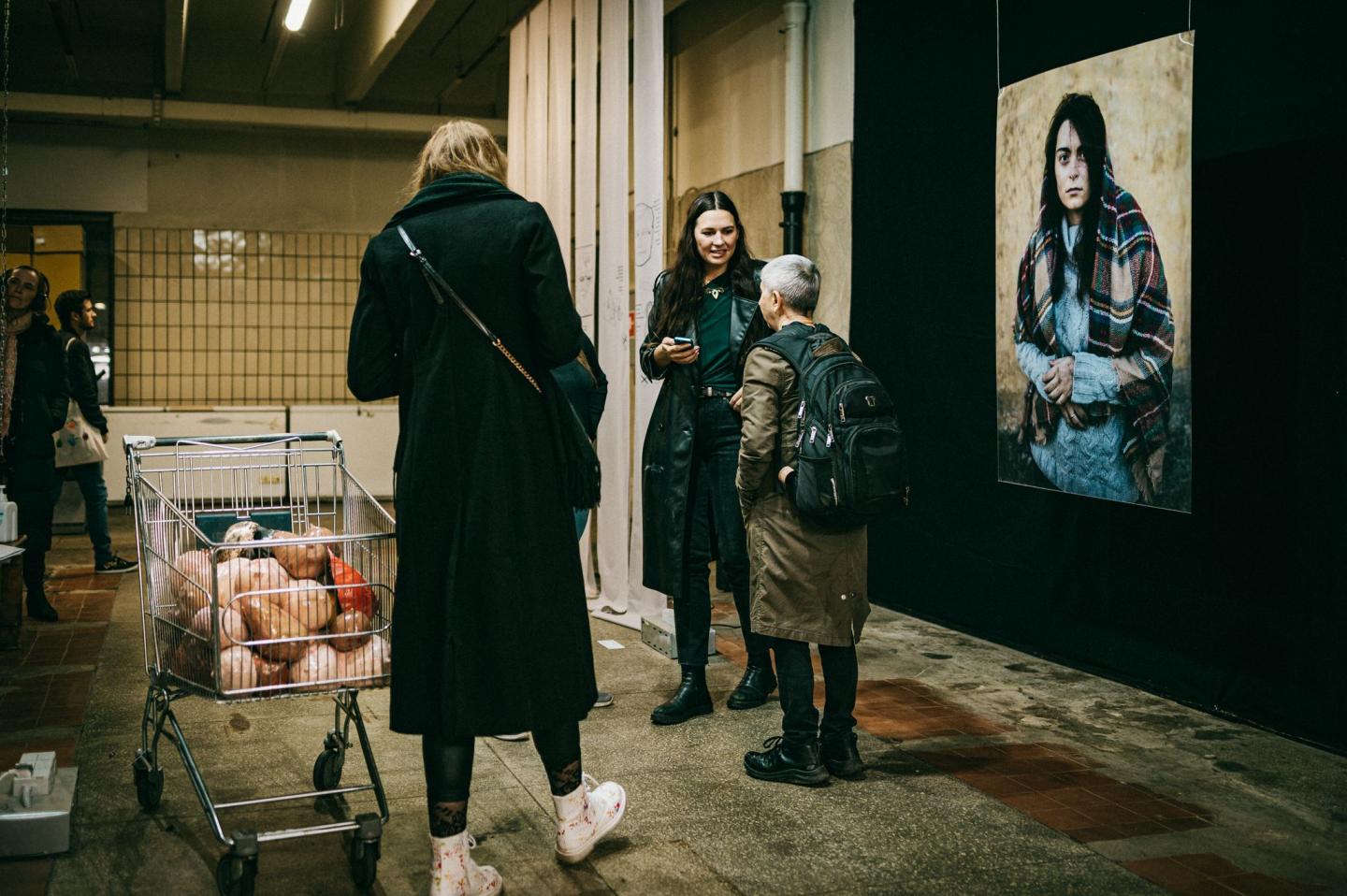 Estonian Refugee Council opened a travelling exhibition "Wolf in sheep's skin: sexism and exploitation in the migration crisis of the 21st century" in the Tallinn Central Market which talks about sexism and the usage of people in difficult situations.

The purpose of the exhibition is to highlight the cases that the Estonian Refugee Council's staff and volunteers encountered this spring and winter and to point out the dark sides of our own society, which the refugee crisis brought sharply into the limelight.

According to Anu Viltrop, curator of the exhibition and head of the Estonian Refugee Council's support services, the exhibition talks about how we see refugees. "Society often tends to forget the fact that refugees are completely ordinary people who have simply found themselves in extremely extraordinary circumstances. It is also important for people to understand that the offer of help must never have an ulterior motive or exploit people."

Each exhibit has its own meaning, which highlights the essence of the problem. For example, the sculpture "Breasts in a shopping cart" symbolises a 'shopping catalogue' mentality and sexual abuse intentions in offers to help refugees. Unfortunately, Estonian Refugee Council has received quite a few requests asking for busty young women whom they want to "help". The audio work "Call Centre", which was made in cooperation with the Estonian Drama Theater, provides an overview of the phone calls that our employees have come across.

The authors of the exhibition idea and exhibits are Anu Viltop, Jarõna Ilo, Anrike Piel, Anastassia Lychenko and Valdek Laur.

Estonian Refugee Council thanks: Eesti Draamateater, the department of jewellery and blacksmithing of Estonian Academy of Arts, Taavi Teevet

The exhibition will remain open at the Central Market until November 18.

The exhibition is supported by the Cultural Endowment of Estonia.